10 Surprising Lessons from our First Year of Budgeting

This post may contain affiliate links. Please read my disclosure for more information.

We’ve officially been budgeting for an entire year, which means…it’s our one year budget-versary! I wonder what you give each other for a gift? If it’s paper (like a real one year wedding anniversary), I’ll make sure to frame the first copy of our budget! 😉

In one year, we’ve dealt with job loss, storm damage, and unexpected FSA bills. I’m not going to sugarcoat it – it was hard. We hit some points where we wanted to just scrap the budget and run for the hills.

But we hung in there, and persevered. Not only have we paid off over $14,000 in one year, but we’ve made some lasting changes to our lifestyle.
In the scheme of things, who can ever say they’ve had a smooth financial year? There’s always something that comes up, but it’s how you deal with it that really counts. 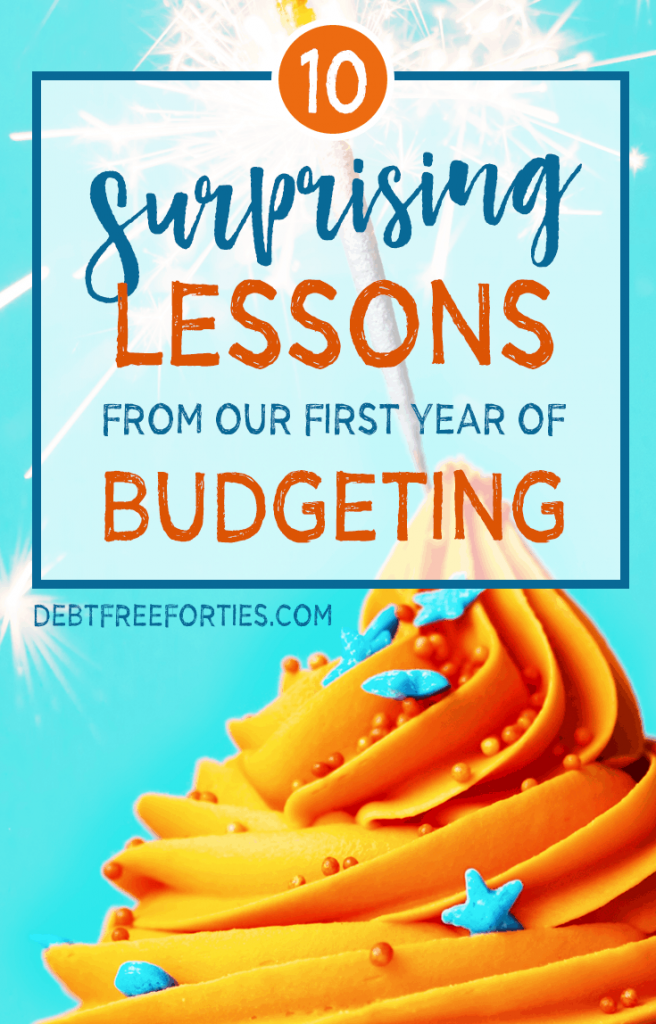 We’ve learned a lot about budgeting, ourselves, and our goals. Here’s the list of the things that surprised us the most during our first year of budgeting:

1. A budget is a living, breathing document.

It’s meant to change every month depending on what’s happening. Previously, I had made the mistake of making a generic budget that I thought would just automatically work for every month, then I’d be irritated when 5 days in, we were already off course.

Now we sit down at the end of every month to plan for the next one. We discuss what events and additional costs that we know about coming up in the next month, and factor them into the budget. It doesn’t take very long and we have a much more realistic idea of where our money is going.

2. Our actual needs vs. wants were much different than I realized.

We were overspending what we made every month by a lot. It’s costly having two kids in daycare. And two cell phone contracts. And a million other expenses and excuses. When you are forced to spend within your actual means, you realize that something you previously thought you needed is now a want. Which leads to…

3. It really is surprising how much you can trim from your budget when you have a goal in mind.

In order to make the budget work, we had to roll up our sleeves, get dirty, and make some tough cuts. More than I thought we’d have to. Much to my husband’s dismay, we trimmed a TON of our bills.

We dropped Verizon in favor for Straight Talk and got rid of his personal phone since he had a work phone he could use. We cut cable, started shopping at Aldi’s, and I even asked about discounts at daycare. Christmas this year is pretty skimpy, but it’s worth it so that we can begin January without a credit card bill!

Even after making our initial cuts, we went back and looked at our bills again after 6 months just to see what else we were missing out on. It was surprising to realize it’s not a one and done item. It’s important to go back again every so often to make sure you’re not missing out on discounts.

I’m sure there are still a lot of places we could trim, and our next step is to sign up for Trim to help automate the process and save us time.

4. Not every month is going to be perfect or successful.

This happened more than I care to admit. Budgeting skills are most definitely something you need to build in order to get good at it, much like running a 5k. It takes practice and a lot of adjustment along the way.

5. It easily takes 2-3 months to get into the swing of budgeting, and the longer you do it, the easier it gets.

The first couple of months were rough. It’s like learning a new routine – it takes time, and you’re going to fall off the wagon once or twice. What’s important is that you get back on.

I’m pretty good at ignoring non-monthly bills, kinda hoping that they’ll go away and we won’t have to pay them. Silly, I know. It was about March when I finally gave in and factored those bills into our budget and started creating Dave Ramsey sinking funds. Funny how much easier that made things, instead of worrying about where we were going to get that money. Go figure!

6. Planning for fun money/self care is a must.

Most relationships are made up of a spender and saver. I was surprised how much the spender in our family (my husband) resented not getting to spend how he wanted anymore. By depriving him or nitpicking his spending, it creates the perfect storm and really sets things up so that the budget is guaranteed to fail.

Needless to say, I learned from this lesson pretty quickly that it’s important for each person to have their own money to spend on whatever they like, no questions asked. It’s also important to include money for self care, whether it’s therapy sessions, bath bombs, or a bottle of wine.

7. Groceries are the damn hardest thing to budget (for us, at least).

We found out that bills that are variable expenses, like groceries, are hard as hell to budget for. Sure, I can say we’ll only spend $500 this month on groceries, but to actually follow that? Sheesh. This is one spot where we’re still struggling and I plan to research meal plans in the upcoming year.

8. Budgeting helped us to remember the big picture.

I was pleasantly surprised at how budgeting made it easier to give up purchases today in order to make bigger purchases later. It really helped us to set goals and focus on them. Which meant being able to (somewhat) painlessly forgo today’s impulse purchases in order to save for bigger ticket items, like vacations and retirement.

9. We learned to look for money in places we never thought to, and it became a game to get everything on sale or discounted.

I never expected budgeting to turn us those weirdos that actually like to ask for discounts. But here we are, bragging to anyone who will listen about the sales we’re able to get and the discounts we’ve just straight up asked for. But when you’re on a limited budget, you learn to get creative.

For Christmas, my husband found some discounted swingset items for the kids. Rather than picking them up when they first went on clearance, he decided to wait even longer until they were on an extended clearance and scored them at 75% off. You know every time the neighbors come within earshot, we’ll be talking about the great deal we got!

10. Not every budget is created equal.

There’s a reason why we haven’t been able to stick with a budget before, and now I know why. It’s a matter of finding a budgeting method that fits your personality. Much like clothing to a body, what works for one person won’t work for another. I thought we were just lazy, or not focused – when in fact, it was truly a matter of finding a budget that made sense to us and work for us.

While living on a budget can appear to be restrictive from a quick glance, it’s not. You know where every dollar goes, which means you know that your bills are getting paid. The comfort and relief of knowing that we’ll be ok through the rough parts is worth the work every month.

What We’re Expecting for our Second Year of Budgeting

So what are we expecting for the our second year of budgeting? Probably a couple more surprises and bumps in the road, but I know we’ll be ready to handle them. If you’re looking to start a budget, start with this post to read our story about how we paid off over $14k in one year, or go here to purchase the budget workbook for $7.

Have you had success with budgeting? Or have questions about the changes we incorporated? Post them below in the comments, I’d love to answer them! Use these free debt & savings tracking printables to help you track and achieve all of your financial goals!

You've successfully subscribed! Now check your email to confirm your subscription and get your free printables. 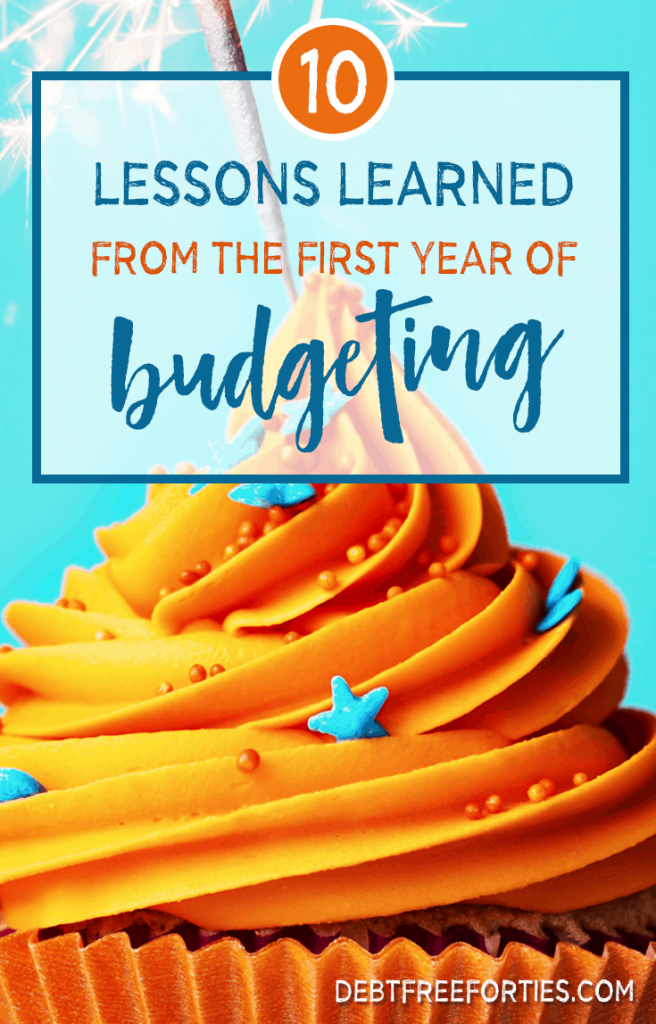 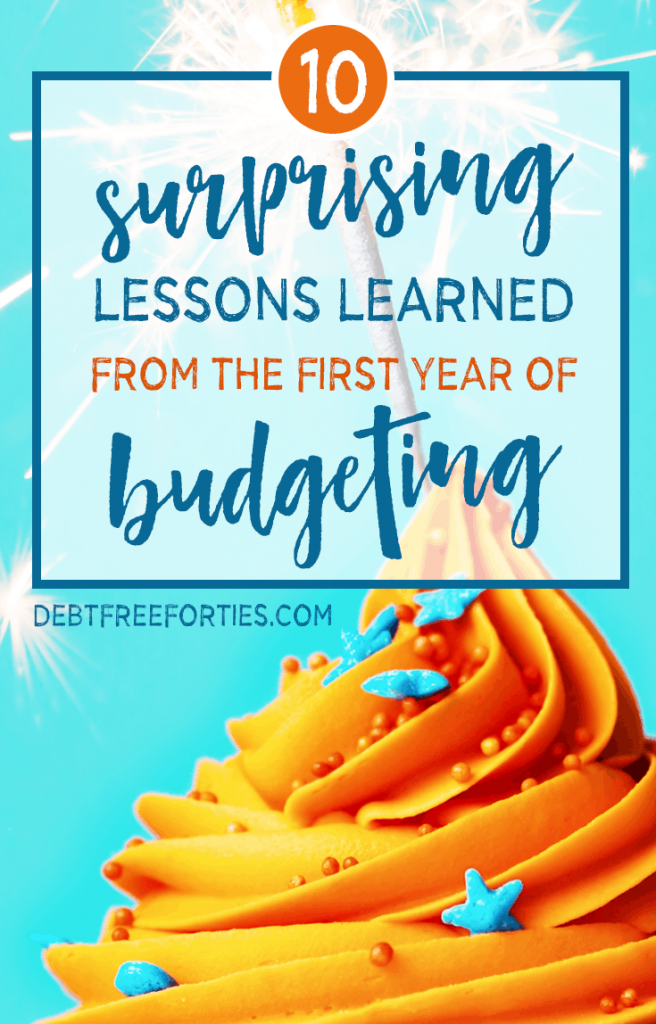 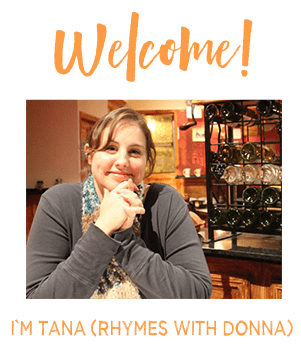 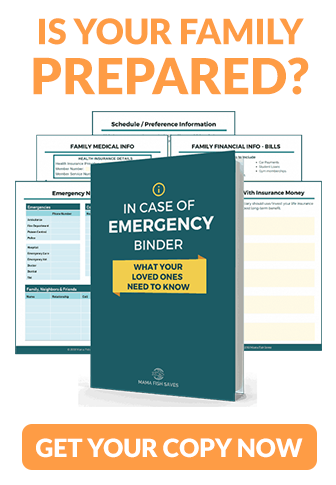 Where to Sell Disney VHS Tapes for the Most Profit

Secrets to Where I Change My Coins to Cash for Free

How to Earn Money with Neighbor Storage

This site uses Akismet to reduce spam. Learn how your comment data is processed. 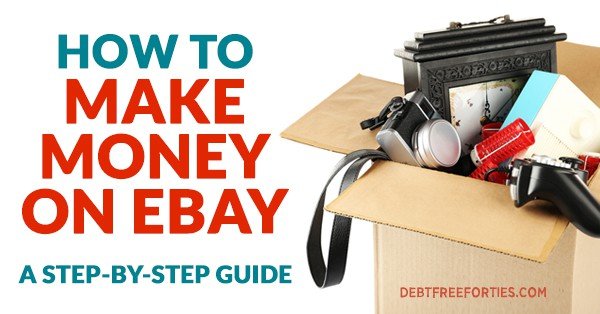 How to Make Money on eBay: The Ultimate Guide

Learning how to sell on ebay and make money was a personal goal that I decided to try at the beginning of the year. With ... 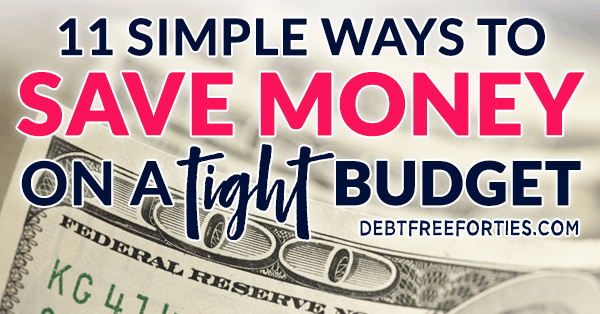 21 Simple Ways To Save Money On A Tight Budget

When we finally started budgeting so that we could finally pay off our debt, we knew we had to trim some expenses to finally improve ... 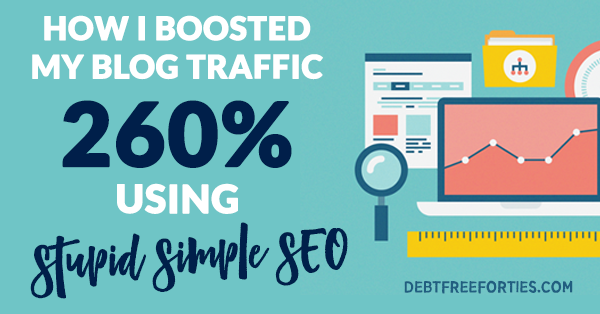 Stupid Simple SEO: How I Boosted My Organic Traffic by 260%

Until the past six months, I've felt that SEO (search engine optimization) was a mystical and elusive creature, much like the perfect donut. We all ...
Scroll To Top